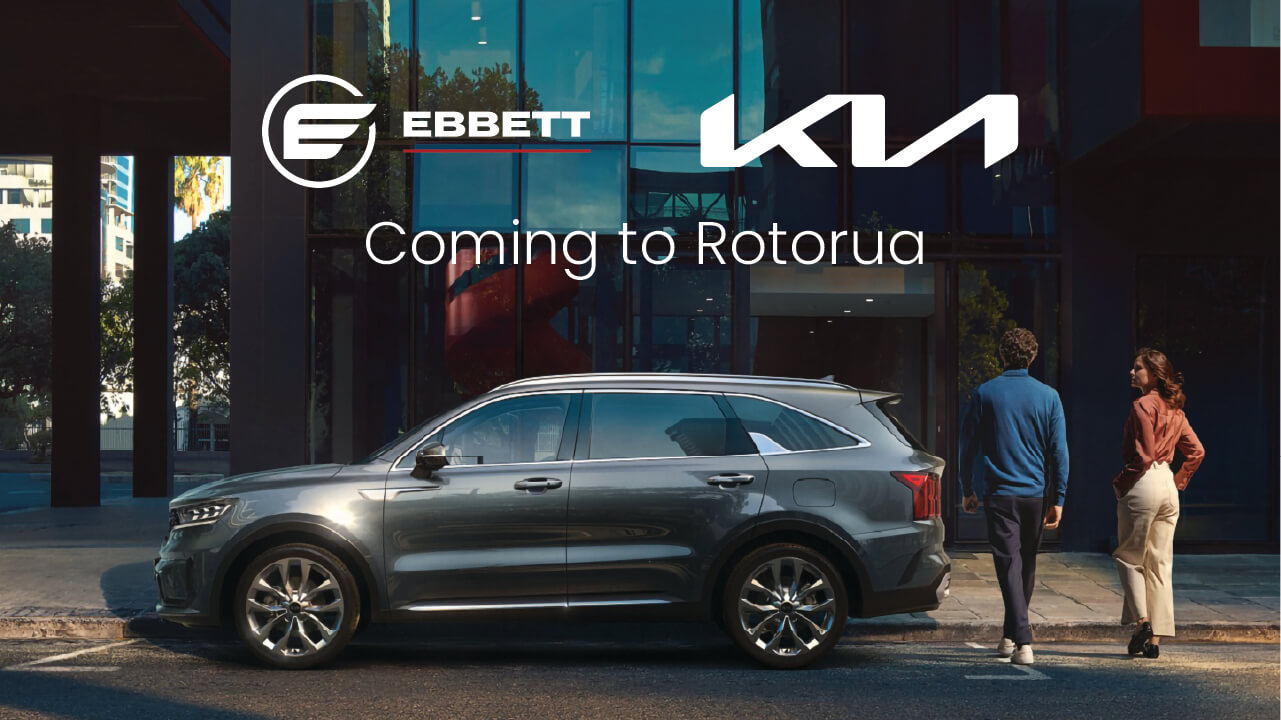 The Ebbett Group sent out the press release below on 21st May 2021. The release reads:

The Ebbett Group, one of New Zealand’s larger dealership groups, has announced plans to fast-track the launch of a new Kia dealership in Rotorua.

The new dealership, due for launch in late July, will occupy the current Rotorua Honda premises at 152 Lake Road and will remain open for used vehicle sales and servicing whilst undergoing a refurbishment for a month before launch.

Well-known Rotorua Honda General Manager, Steve Freeman, tells us he’s “keeping his options open” with regards to his future after the deal goes through but the Ebbett Group will retain all other staff for the transition to the new brand.

Kia, the second most popular passenger vehicle brand amongst Kiwis, promises to be a significant addition to the local area. This fast-growing brand is particularly well known for its large range of SUVs, from the stylish Stonic to the throw-everyone-in 7-seater plug-in hybrid Sorento.

Ebbett Group Executive Director, Richard van den Engel said “We can’t wait to bring the fantastic range of Kia vehicles and our “Customers for Life” approach together in Rotorua. A fast-growing car brand in New Zealand’s fastest-growing region is really something to get excited about.

It’s been a pleasure dealing with Steve and his team at Rotorua Honda, they’re really good people and we’re very lucky to be able to bring them with us as we transition to the Kia brand. We wish Steve all the very best for the future.”

The Ebbett Group, established in Hamilton in 1928, has been expanding rapidly in the last 12 months with new brands, new premises, and new dealerships. This latest addition will offer some of their most popular services including Approved Used vehicles and Service Select, which offers set menu pricing for all vehicles 6 years and older.

In addition to retaining all the staff from Rotorua Honda, Ebbett will be recruiting an experienced branch manager and qualified Kia technicians to hit the ground running when the doors open in July.

Ebbett currently operates three other Kia dealerships in Pukekohe, Hawkes Bay, and Wellington along with 19 other brands at 14 sites around the North Island. They officially take over the Rotorua Honda site from 21 June.